The fact that the information technology industry is undergoing rapid evolution and changing the shape of Indian Business Standards shouldn’t come as a surprise. Thanks to emerging technologies, businesses all over the world have realized that adapting to fast-paced changes is a requirement if they want to survive in this digital age.

The “hire dedicated developer” model is suitable for all types of businesses, small and large. Generally speaking, a team of dedicated developers comprises frontend and backend engineers, QA consultants, UI/UX designers, DevOps, Business Analysts, Project Managers and so more. Companies looking to scale up their operations can extend their in-house development team by hiring dedicated developers.

Hiring dedicated developers can benefit an organization in more ways than you can think of. For instance, whenever a company plans to integrate new technology for a project,

The company’s in-house team may lack knowledge and skills in that particular technology. This can stall the project.  Hiring developers with hands-on experience working on that technology can help complete the project successfully on time.

Getting together an in-house team can be a tedious job and time-consuming, and it may not prove fruitful either. Hiring a dedicated developer team is quite easy. You can reach out to companies that provide software development outsourcing from offshore. They recommend software development firms with a great record. Such firms only hire developers who have passed stringent screening tests that demonstrate their worth.

Moreover, you can hire budget-friendly dedicated developers. Hiring dedicated developers enable a business to focus on its core functions, solve capacity issues, increases productivity, and improve the quality of services they aim to offer. Another advantage is that remote developers can effectively handle any changes in project requirements.

According to Nasscom, 90% of India’s IT companies are spread across these six cities: Bengaluru, NCR, Mumbai, Hyderabad, Pune, and Chennai.

Bangalore, also known as “The Silicon Valley of Asia” is located in the heart of South India and accommodates over 12.5 million people.

Bangalore is the second-fastest-growing major metropolis in India. It was ranked the most liveable Indian city with a population of over a million under the Ease of Living Index 2020. Bangalore is the nation’s leading information technology (IT) exporter with most of the Indian technological organizations headquartered in the city.

Bangalore is one of the most dynamic cities in the world, yet the cost of living is still significantly lower than in its Western counterparts. This means that the salary that you would be paying a developer from Bangalore would be a lot less than for a developer who is living in the US or UK. And when you look at the big picture, it means that by recruiting dedicated developers from Bangalore, you are saving more money, without compromising on quality.

To sum it up, companies from the US & UK hire dedicated developers from Bangalore for these reasons:

Hiring dedicated developers from Bangalore can benefit businesses of all sizes, from small to large.  They play a significant role in the development of high-quality, high-performance software products.

Are you looking for a team of dedicated developers?  Zeksta Technologies is the leading web development company in Bangalore, India.  By hiring developers from Zeksta, you get access to a massive talent pool of highly educated and qualified individuals. We ensure on-time project delivery along with client satisfaction. For more information visit www.zeksta.com 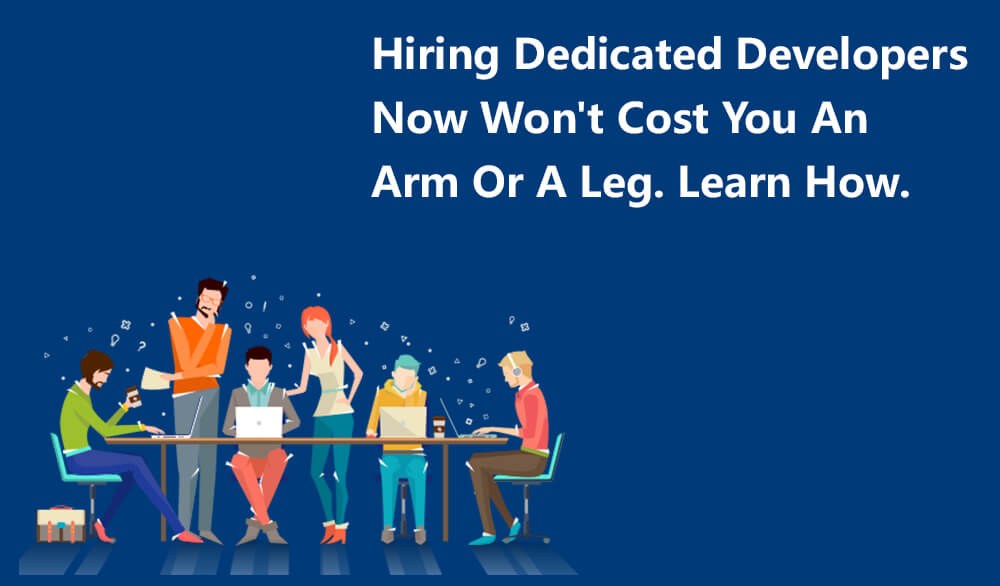